Some ancient scriptures say that “a conscience” gains human form only after going through 8.4 million life cycles (as other species). Imagine if our journey to get here was that long. Imagine the significance of our lives.

The significance of being a human was what yogis set out to find some 15,000 years ago. What they found was so fascinating that they began writing out a trail for others to follow. They called the map they drew, yoga, a merger with reality. Through years of changing hands of interpreters, the scriptures lost accuracy. As yoga traveled through time and cultures, it lost its spiritual significance. Stripped to its bare bones, yoga turned into a form of an exercise or stretch. But yoga is not just the physical movement of our bodies into different postures. It is much much more than that.

Yoga was written by people who could see that form was not actually solid. They had realized that everything on earth was vibrating at different frequencies. They weren’t only understanding science, they were experiencing it. They became conscious of themselves “being conscious”. While becoming conscious of ourselves made us more concerned about our conquests and social image, they went beyond this drama orchestrated by the mind. Something about what they learned inspired them to share their treasures with everyone.

If we set out on the same quest for truth about life today, we will find some amazing similarities between our own realizations and this map called yoga. What is most paramount on this journey is our commitment to truth. Truth must be the goal, value, and compass. An absolute commitment to learning the truth helps us not fall into psychological traps that lead us away from truth. This level of commitment to truth is only possible when life “as we know it” begins to fall apart and we are forced to look deeper. 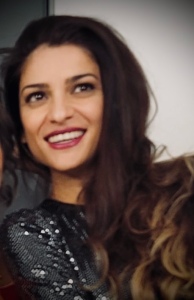